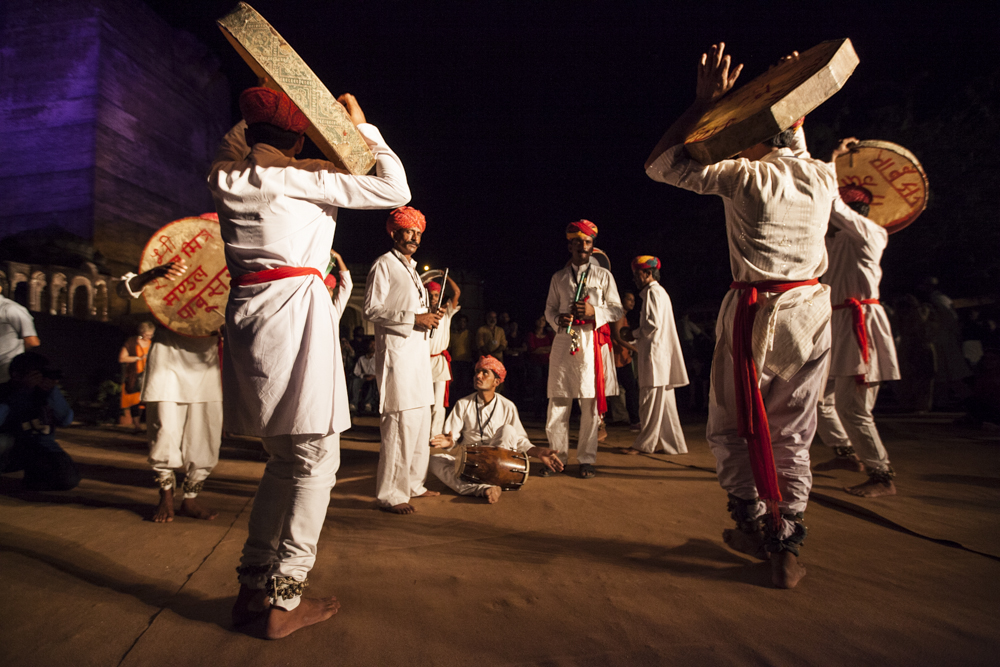 Chang Dance is a folk dance from Rajasthan,India. It is also referred to Dhamal, dhuff dance and as Holi dance as it is performed during the Hindu festival of the same name to celebrate the defeat of evil. It is a group dance performed by men, carousing and singing riotously to the rhythmic beat of the chang instrument. It originates from the Shekhawati region of Rajasthan.This dance period is starts from the Maha Shivaratri festival and ends on Dhulandi, which is the day after the Holi festival. Folk songs used in this folk dance are called Dhamaal. All men sings, dance and dance. Meanwhile, some represents also plays which is called Sang.